The History of Pallets?

Samantha Parsons
210 Views 0
Contents show
1 The History of Pallets?
2 What Came Before the Pallet?
3 How Were Pallets Invented?
4 How Have Pallets Evolved?
5 Why Do We Need Pallets?
6 See Our Selection Of Export Pallets

The History of Pallets?

Learn about our history of pallets: The modern pallet was invented during the late 1800s. The modern pallet was invented out of necessity, as it worked perfectly with the lift trucks and forklifts that were popping up between the 1880s and early 1900s. As with most things, there were early prototypes in use prior to what we know as the pallet today that haven’t stood the test of time. 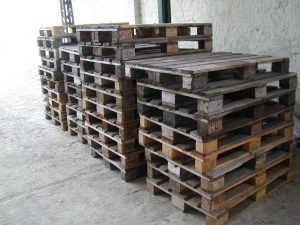 What Came Before the Pallet?

When you break it down, pallets are a pretty elementary design, so predecessors included sleds or just simple slabs. Any piece of wood or rock that transported goods from one place to another instead of doing it by hand could be considered a forefather of the pallet. The forklift is really what caused pallets to become the iconic design we know today.

How Were Pallets Invented?

Lift trucks and forklifts revolutionized material handling, and we needed a tool that could seamlessly fit right into their designs. Enter: the pallet. We needed a design that forks could fit in that was also strong enough to carry a ton of goods, while being cheap and easy to produce. Hammer a few nails into some wood planks and pallets did the trick. Early lift trucks could only move pallets around a warehouse, but forklifts made it so pallets could also be lifted high enough to be stacked.

How Have Pallets Evolved? 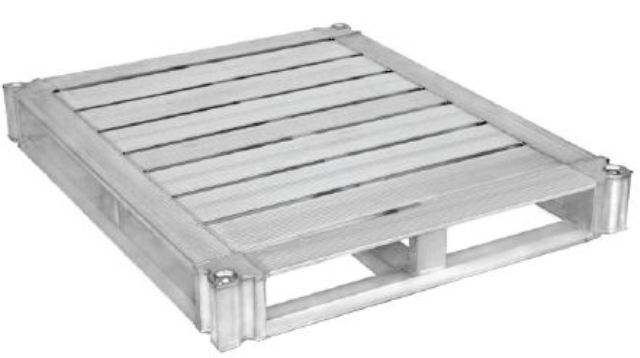 While the basic shape has stayed the same, the materials used to make pallets have evolved as we’ve gained more understanding of the world around us. As we’ve learned more about bacteria and safe handling procedures, plastic pallets and metal pallets such as aluminum have increased in popularity. Getting food or medications from one place to another without getting anybody sick has become a major priority.

More than just being safer and cleaner, plastic and metal pallets are manufactured to be much stronger and longer-lasting than wood pallets. It’s estimated that nearly 2/3 of all wood pallets are only used once and then trashed, but metal pallets and plastic pallets can be used over and over again, and rarely break.

Why Do We Need Pallets?

Pallets are the unsung heroes of the modern world. They’re like a wooden, lifeless Incredible Hulk. If you’re using a manufactured good, chances are it spent its early life on a pallet in one form or another. Whether as a singular part being shipped to the manufacturer or as a finished good being shipped to a shopping center, pallets make the world move.
They help make the immovable movable, ensuring that the product you want to buy is where you’re shopping at the exact second you need it.

Wanna talk about material handling? Chat us up on Twitter!

See Our Selection Of Export Pallets

The History of Packing Peanuts

We will be happy to hear your thoughts 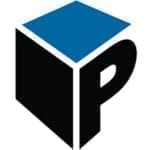